How the Pandemic is Changing Our Video Streaming Habits

When searching for an indicator of how much the COVID-19 pandemic changed American lives, look no further than the major growth in streaming video since March 2020. Recent studies indicate changes in video viewing habits, such as the length of time people spend streaming video and the sheer numbers of new viewers.

Generally, the impetus behind the streaming increase lies in learning new skills (58%) for DIY projects, keeping viewers moving forward mid-crisis (79%), and people searching out information on new brands and product reviews during the shutdown of stores (81%).

The impact of the change in viewing patterns is different depending on the platform under discussion and on the content owners themselves. The following describes a few of the changes and provides a glimpse into future impacts.

Social Media Video.  The pandemic has highlighted the increased inclination of video viewers to join groups that share interests and enthusiasm for specific topics. Facebook and YouTube are examples of trends in social media streaming video.

OTT Platforms. Over-the-Top services (OTT) means any streaming video service that sends media to consumers directly over the internet and provides access to movies or TV shows through log-in on an app, website, or page. Hulu, Netflix, and Amazon Prime are examples of OTT content owners. Streaming services increased from an estimated 192.7 million viewers to 207.5 million viewers.

Consumers flock to streaming video for various reasons. The following points describe some of those reasons.

As the pandemic evolves, viewing habits will evolve as well. In the third quarter of 2020, it looked like the initial swell in streaming viewership was shrinking just a bit as restrictions on public activity loosened. However, if the second wave of COVID-19 hits in a major way, and health systems become critical or employment retracts further, the US may see another shut-down in one form or another. If current trends are any indicator, this will lead to another surge in video streaming. 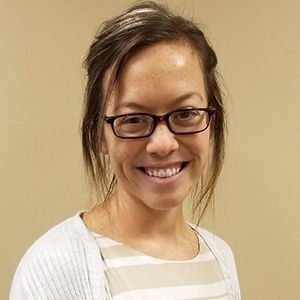 With over 5 years of digital marketing experience, Rory Harris is a leader in the digital playing field. Her passion is clear when she is helping her clients identify their goals or challenges and connecting that to a digital strategy to bring them the highest ROI. Her knowledge not only comes from both branding and lead generation solutions but also the experience she brings to the table to help her clients understand that the data tells a story on what is going on with their marketing.